skip to main | skip to sidebar

I have now got my valhallan army all planned out and i have made a chart (thingy) to help me keep track of my progress.

(can anyone tell me how to put a small preview image here?)
Posted by Stormcrowe at 14:34 10 comments:

This is borris, he is the test model for a valhallan ice warriors army, i am happy with the colour scheme. 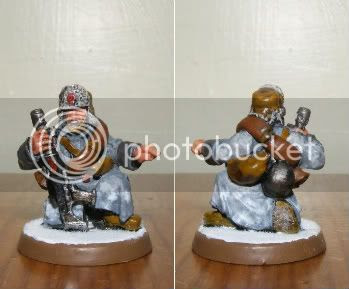 Please let me know what you think
Posted by Stormcrowe at 14:02 5 comments:

I feel bad that i havent posted anything new here for a couple of days so i thought i would upload A Work In Progress Photo of an objective marker. 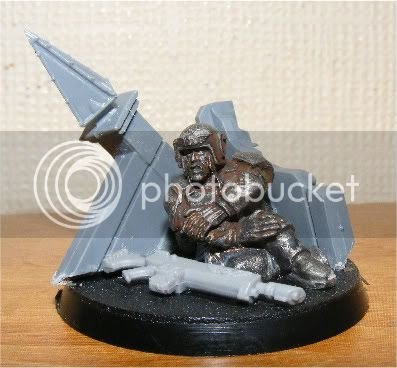 This started as an excercise in paint stripping. which has been for the most part successful. I have had mixed results using Cillit Bang the successes were with metal models, so far the results have been unimpressive with plastic models, it has been over two days and not much change with the paint.

Soon there should be some photographs of my command squad and my valkyrie.

Im also Considering Basing a sniper in the same manner as Private Jenkins but i am not sure how the 40mm base will effect gameplay
Posted by Stormcrowe at 17:53 3 comments:

I recently purchased the Gunnery sergeant Harker model from games workshop and initially i was going to just use him as sergeant Harker, however now that i think about it Harker doesn’t fit in with my theme.

So with a little bit of Green Stuff work he is now Sergeant Major Brock Of the 12 Arkturan rifles, Formerly of the 3rd Tachak Highlanders . 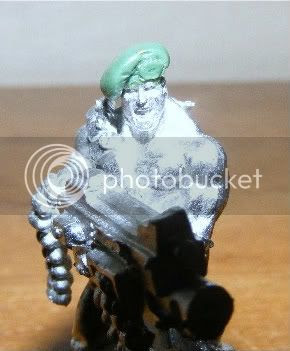 I am still working on Sergeant Major Brock's backstory, im not realy happy with the name i would apreceate any suggestions.
Posted by Stormcrowe at 12:35 5 comments:

I have been playing warhammer 40k for quite some time now and i thought to myself it's time that i shared my hobby with other people out in the world.

I collect and play the Imperial Guard from warhammer 40k and that is what this blog will mainly show, however i do have a small Eldar army and they will from time to time get their chance in the spotlight here as will some of the miscelaneous models in my collection.

I have also startred making terrain/scenery which will be shown here also.

Recently i realised that my army has no theme my guard regiment had, until today, not even got a name. So today, the 21st of March 2010, marks the Founding of The 12th Arkturan Rifles and the beginning of what promises to be a long and arduous proccess of re-organization:

Actualy thinking out a background and going through my existing army a squad at a time; re painting models where needed and most likley scraping off mould lines that i have missed.
Posted by Stormcrowe at 07:45 2 comments: